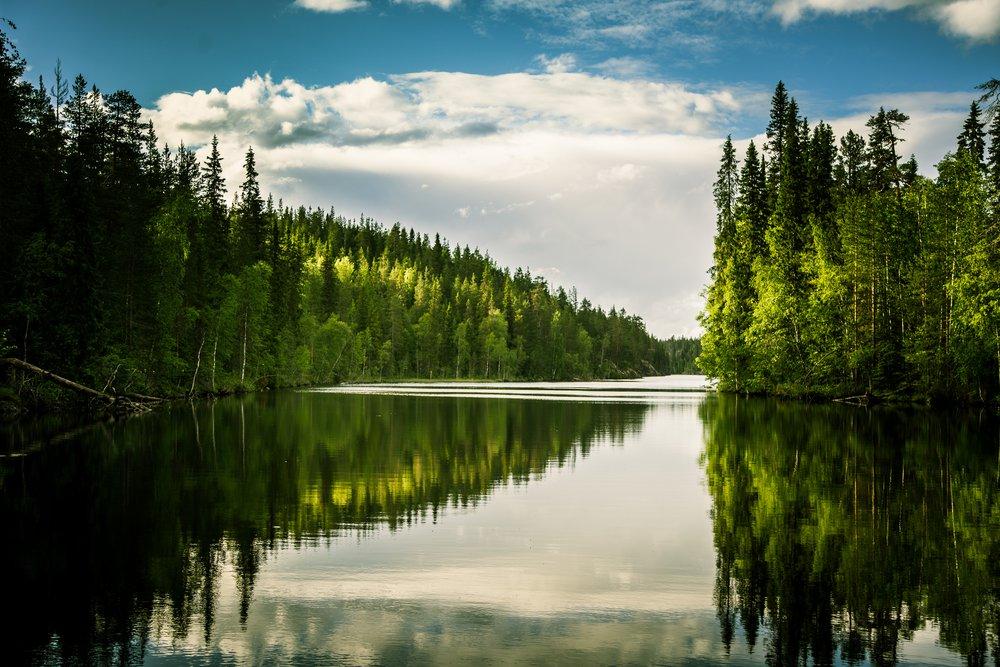 Adven produces steam and heat for the needs of Nammo’s propellant plant in Vihtavuori, Central Finland, mainly using domestic fuels. With closed water cycles, the plant’s water consumption was cut in half and previously wasted heat is recovered and used in the area’s district heating network. The amount of heat recovered corresponds to the energy consumption of 250 single-family homes.

Nammo’s propellant plant in Vihtavuori has been manufacturing reloading powderssince the 1920s. In 2014, Nammo Vihtavuori and Adven concluded a long-term energy delivery contract, and Adven built a bio steam plant in the area, which was taken in use in autumn 2015.

The bio steam plant has significantly improved Nammo’s supply security, as the plant is no longer dependent on imported fuel. The environmental perspective was important to Nammo, in addition to improving the plant’s overall profitability.

“We believe that sustainability is the foundation for all business. It has to be an integral aspect of a company’s operations. In terms of energy, it means that we strive to minimise our waste, among other things. In addition, in collaboration with Adven we have actively reduced our energy consumption in the past few years,” says Nammo Vihtavuori Oy’s CEO, Ilkka Heikkilä.

Energy is produced for Nammo as a service, meaning Adven takes care of the energy production and investments.

“The fact that Adven provides the whole package as a service had an impact into our decision to partner with the company. They maintain the plant without us not having to worry about it. It was important for us that we did not have to finance the investment; instead, Adven makes the investment and we have a long-term agreement with them,” Heikkilä explains.

Adven has implemented two closed water cycle projects for Nammo. Substantial volumes of water from Lake Siikajärvi, which is located near the Nammo plant, are used for cooling in various stages of the process. During the cooling process, the cooling water warms up, after which the water has been released back into the water system.

Less water is now taken from Lake Siikajärvi: thanks to these projects, Nammo’s water consumption is currently less than half of what it was in 2015.

“In a closed water cycle, the same water circulates in the cooling system, and less additional water is needed. The cooling water is cooled in between the stages and the heat is recovered,” explains Adven’s Account Manager, Jari Ojala.

The recovered heat is processed for use in the area’s district heating network, whereas before it was wasted. The amount of heat recovered corresponds to the energy consumption of 250 single-family homes. At the same time, the solutions reduce Nammo’s overall energy consumption.

“The steam plant that was implemented in the area together with Adven has achieved all the projected cost savings and benefits,” says Heikkilä.