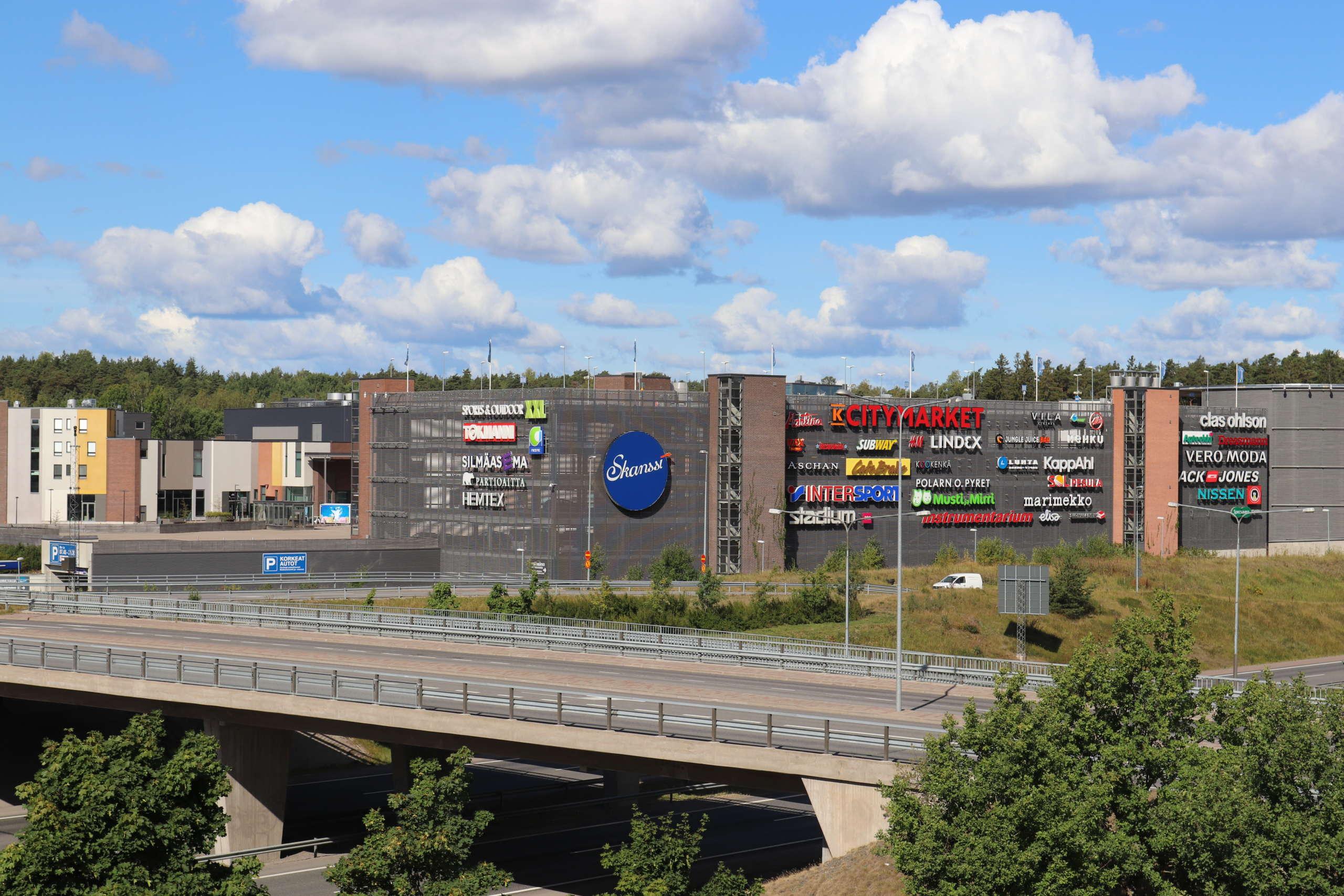 A shopping centre in Turku’s (Åbo) Skanssi area switched to Adven’s geoenergy service in spring 2019 and will substantially reduce the carbon footprint of the building’s energy consumption. Carbon dioxide emissions will be cut by approximately 90 per cent* and the shopping centre will become almost entirely energy self-sufficient.

The major energy renovation, that started at the Skanssi Shopping centre in summer 2018, came to fruition in spring 2019. Now geoenergy replaces part of the energy generated by the district heating and cooling systems earlier used by the shopping centre. The project is the largest geoenergy solution ever realised in a shopping centre so far in Europe.

“This geoenergy plant is the outcome of long-term work and a natural extension of our efforts to develop the sustainability of our operations. I am pleased that this will help us further reduce the carbon footprint of our operations, as well as offer an even more sustainable operating environment for consumers and our tenants,” says Skanssi’s Shopping Centre Manager, Maarit Hurme.

With geoenergy, the ground works like a battery that can be charged. The shopping centre’s cooling and heating are generated with the help of 112 geowells that have been drilled into the property’s own bedrock. The geoenergy plant will cut the shopping centre’s carbon dioxide emissions by roughly 90 per cent, as this form of energy production is almost entirely carbon neutral. The reduction in emissions corresponds, on an annual level, to the carbon dioxide emissions of approximately 450 passenger cars. It would take some 230 hectares of forest to bind the same volume of emissions.

Skanssi’s new energy solution was implemented by Adven, who is also responsible for the plant’s operation as well as 24/7 remote monitoring. Read more about Energy as a Service.

“The work went well; we drilled 112 geowells to a depth of some 350 metres in the shopping centre environment. Drilling work for the energy wells lasted roughly three months. Our aim was to minimise disruptions to the shopping centre’s customers and business caused by construction, and I think we managed to do that quite well. We have been testing the new system since the start of April,” says Adven’s VP of Geoenergy, Timo Koljonen.

Switching to geoenergy is part of Skanssi Shopping Centre’s long-term sustainability efforts. Geoenergy will replace part of the energy generated by the district heating and cooling systems currently used by the shopping centre.