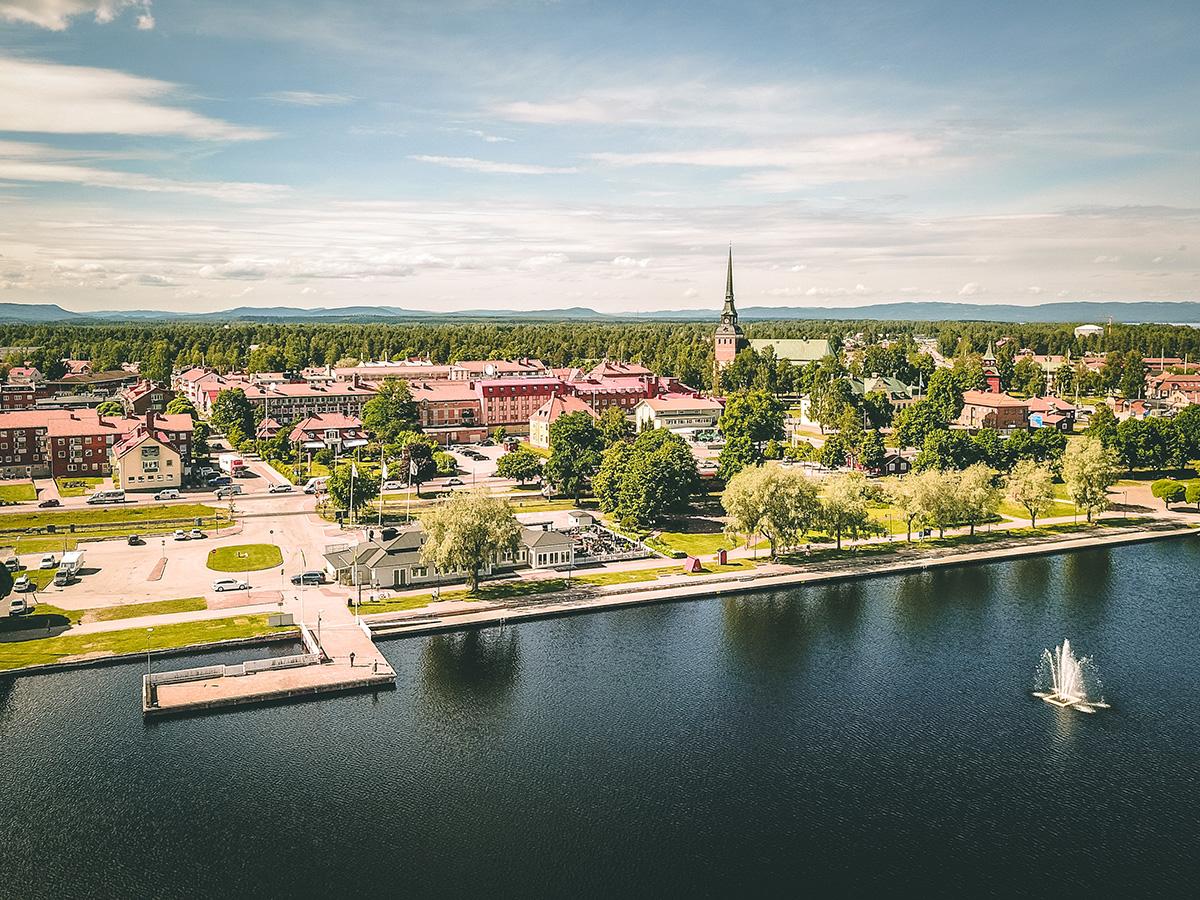 The district heating network in Mora, Sweden, is Adven’s largest network. With its capacity of 107 GWh (2018), the network provides heating for 600 households and over 270 companies in the locality. The district heating is based on 99% renewable and recovered fuel.

One of the customers in Mora is the municipal real estate company Morastrand. They are pleased with having Adven as a provider of district heating for their housing and premises.

“For me, it’s basically natural and good co-operation with simple, fast and local contact channels,” says Anders Hanspers, Technical Manager at Morastrand. “With Adven everything is easy when you have questions, thanks to short lead times and short decision-making channels. And things go smoothly when we want to make new connections to the network.”

Siljan Timber sawmill is located in eastern Mora. The sawmilling process produces residual products, such as wood chips and bark, which can be used as fuel. Around 70% of the biofuels used in Adven’s plants in Mora and neighbouring town Orsa come from Siljan Timber.

Since 2015, Adven has also recovered the waste heat from the sawmill’s production processes and distributed it to Mora’s district heating network.

“This is an excellent example of co-operation and a positive cycle where products from our county’s forests can be transformed into a stable and environmentally friendly source of heat for Mora,” says Siljan Group CEO Jon Hansson. “Working in the long term, sustainability and care for the local community are important values that we share with Adven and that form the basis of our co-operation.”

When the sawmill decided to purchase a new biomass boiler in 2018, the boiler was oversized to allow Adven to increase the heating supply during the coldest months of the year. The boiler went on stream in January 2019.

of the biofuel is local

“Achieving an increased base capacity for Mora’s district heating network was valuable for many reasons,” says Erik Gynt, Adven’s Regional Manager for Svealand. “It will create stability, reduce the load on the other production units and help protect the environment, while also being perfectly in line with our ambition of working with 100% renewable or recovered energy.”

“In addition, co-operation with Siljan Timber means that the expanding Noret-area will possibly have access to Sweden’s most locally produced heating in its houses and premises, which is great.”

Local co-operation, such as this, benefits both parties as well as the climate.

“It is relatively common in Sweden for district heating networks to be integrated with local operations this way,” says Gynt. “Conditions naturally vary, but co-operation should certainly be increased, considering the potential benefits for all parties involved.”

During one week in February every year, Adven provides renewable district heating to the Vasaloppet cross country ski race and all those who visit the fair tents in Sälen, Oxberg and Mora. The conversion to fossil free heating has resulted in a reduction of 30 tonnes in Vasaloppet’s annual environmental impact.

Read about solutions for utilities