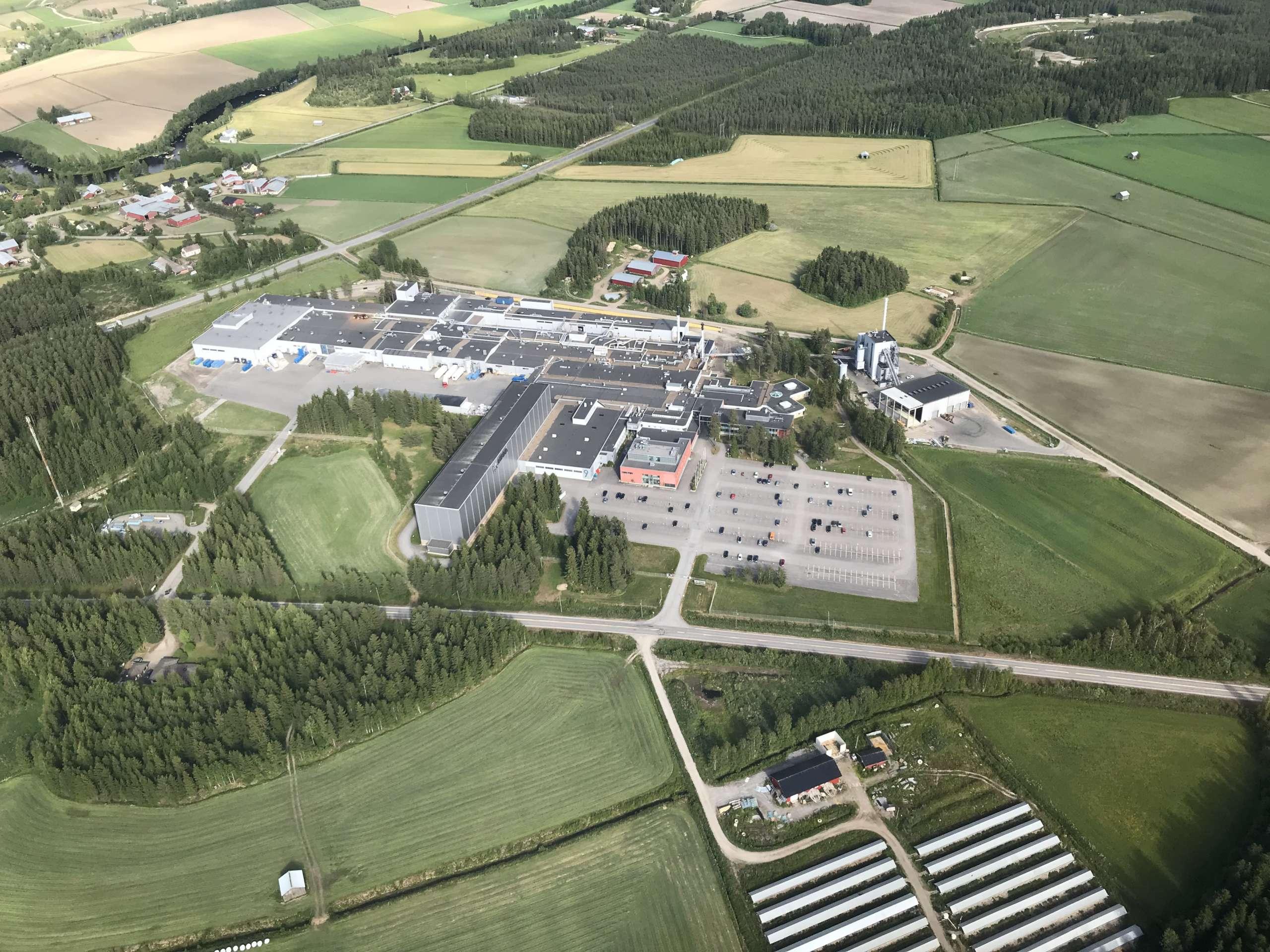 The 18-year co-operation between Adven and Mirka, a world leader in surface finishing products, has been honed into a seamless team effort. Mirka’s production has expanded, the company has abandoned the use of heavy fuel oils, and by-product flows are recycled instead of being disposed of in a landfill. The story also includes an exceptionally lively local partnership. It all started with Mirka’s strategic decision to abandon its energy and steam production.

Mirka had been producing all of its required energy and steam in-house since the beginning of the 2000s, until the company launched co-operation with Adven and began purchasing Energy as a Service. Behind this change was Mirka’s strategic decision to focus on the manufacture of sanding products and solutions and abandon its own energy and steam production. Today, Adven produces energy and steam for Mirka’s largest production plant, located in Jepua, and also for its production plant in nearby Oravais.

“Purchasing energy and steam as a service works to our advantage in many ways. Firstly, when our aim has been to develop our operations, we have always received good solutions from Adven. Another important factor for us is our technician in charge of the heat plant’s operation, who we work with every day. The technician takes care of the necessary changes quickly and professionally – we are very happy with the technician’s work,” says Mirka’s Project Office Manager, Jari Lemberg.

Mirka will also recycle heat and water more efficiently by early 2020. Adven implements heat recovery and process water purification as a full service. Through the closed-cycle Recovery solution, the need for biofuels and LPG used as reserve and peak energy can be reduced and significant savings are achieved in water consumption. Water recovery saves about 40 thousand cubic meters of water each year.

Adven has been developing its solid-fuel-fired energy plant that operates in the plant area since 2016, which is when ownership of the plant transferred from Ekokem to Adven and Adven took over energy deliveries to Mirka’s Jepua production plant.

The other energy-generating reserve power plant in the area is the only one in Europe that is fired by three different types of gas: biogas, biomethane and propane. At the reserve power plant, energy is generated using, among other things, local biogas.

The biogas that originates from the biogas plant situated roughly three kilometres from Mirka’s production plant makes its way to Mirka via a trunkline. The potato refining company Jepuan Peruna also uses the same trunkline. Biogas is used to produce emission-free energy, whereas before, heavy fuel was used.

“We actively exchange information with other companies in the area. We are not in competition, so there’s no reason we shouldn’t we share the lessons we learn about energy production and join forces,” says Lemberg.

Not only do companies benefit from the co-operation, but so does society in general: energy is produced locally, which supports business continuity and the area’s development potential. The environment is also grateful, as the recycled fuels are sourced in-house.

Some 97–98 per cent of Mirka’s production is exported, with the company’s products sold in more than 100 countries. The main export markets are in Europe, and Germany is one of the largest export countries. Mirka’s sanding products are also exported to the U.S. Mirka has 18 subsidiaries around the world, but most of the company’s production takes place in Finland, particularly in Jepua.

Read more about the utilisation of by-products:

Potato starch is evaporated as a plant fertilizer

A new biofuel boiler house has been opened in Valmiera, Latvia – CO2 emissions will decrease by 10,000 tonnes