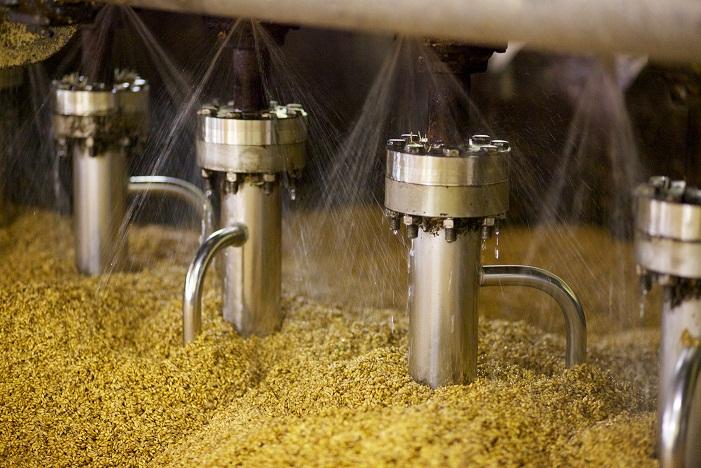 There is almost always one manufacturer behind the malts of Finnish beers, Viking Malt’s malthouse in Lahti, Finland. Viking Malt Group is building a completely new malthouse in place of the current one in Lahti. Next to the malthouse, Adven implements an exceptional energy solution that has not been seen before in Finland. A solution combining the cooling plant and heat production as well as heat pumps has received investment support from the Ministry of Economic Affairs and Employment for new energy technology.

In the new malthouse, energy production, i.e. heat production, cooling plant and heat pump system, will be integrated in a new way into a single entity that simultaneously produces heat and cooling. In addition, barley husk by-products of the malthouse are reused as fuel in energy production. If waste heat or by-product is not available, the energy is mainly produced with pellets.

Waste heat alone can cover more than 65 per cent of the heat energy needed. Especially when drying malt, a lot of heat is released, and this has previously been largely unused.

“With the state-of-the-art malthouse even in the global level, we can guarantee that competitiveness and production will remain in Finland well into the future. For example, the utilisation of waste heat is definitely a solution that will also be supported politically in the future,” says Mika Mäkelä, Project Manager at Viking Malt.

“Waste heat recovery is one of the major trends in the energy sector: instead of burning more and more, improving energy efficiency and identifying the process steps where heat can be recovered and reused will be in focus. The goals for carbon neutrality and the development of heat pump technology guide towards waste heat recovery as an energy solution now and certainly in the future,” says Hanna Litendahl, Sales Manager at Adven.

The utilisation of biofuels and waste heat covers almost all the thermal energy needed by the malthouse.

The malthouse will be made exceptionally energy efficient with low emissions

The production capacity of the plant will be approximately 85,000 tonnes of malt per year. According to the plan, the new plant will start production in 2023.

Viking Malt Group has malt production in 5 countries: in addition to Finland there is a plant also in Sweden, Denmark, Lithuania as well as two plants in Poland. The production capacity is 600 000 t/a and the turnover of the group is appr. 250 million euros and the company employ appr. 260 employees. Viking Malt is the largest malting company in Scandinavia, 5th largest in Europe and 9th in the world. It is the leading company in specialty malt in the global market. Viking Malt Group is owned by Polttimo (62,5 %) and Svenska Lantmännen (37,5 %).

Meet and discuss with Adven at PulPaper 2022