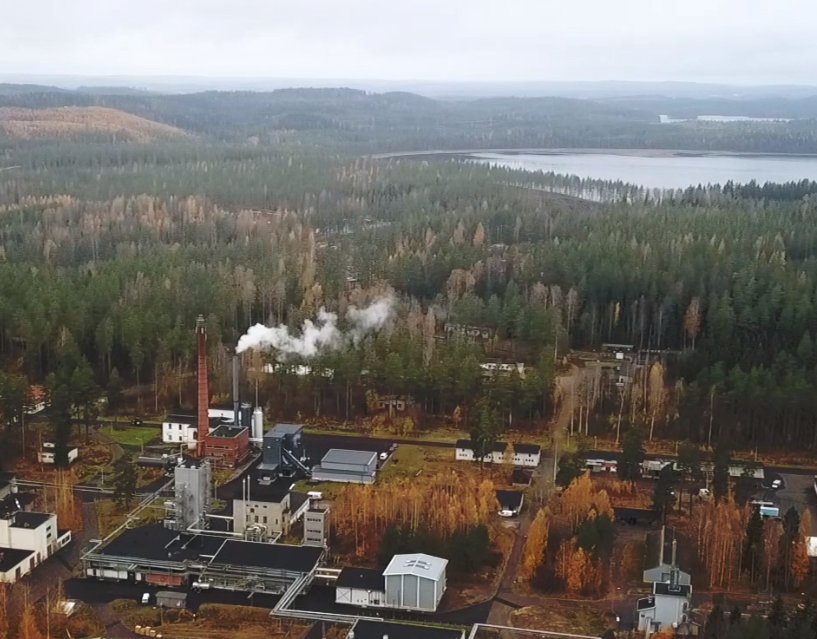 Nammo Vihtavuori’s propellant plant has been using water from nearby lake Siikajärvi for cooling since the 1920s. As the water level in the lake started to drop a few years ago, Nammo took steps to reduce its water consumption.

Adven has implemented two closed water cycle projects for the plant, making it possible for the plant to cut its consumption of cooling water in half while at the same time achieving substantial energy savings. The first project to reduce water consumption was carried out in 2016. It involved closing the acid enrichment plant’s cooling water cycle and led to a reduction of more than 30 per cent in water consumption.

The next project, scheduled for spring 2019, will cut the current water consumption by approximately a third by closing the ether plant’s cooling water cycle. As a result of these projects, Nammo will have cut its water consumption to less than half of its 2015 level.

“The first project with Adven went as we had expected: we achieved the targeted water savings and were able to recover waste energy. That’s why Adven was a logical choice as a partner for the next step too,” says Nammo Vihtavuori’s CEO Ilkka Heikkilä.

Energy savings corresponding to the consumption of 250 single-family homes

Nammo’s propellant plant in Vihtavuori near Jyväskylä in central Finland has been using water from lake Siikajärvi since the 1920s. The lake was one of the reasons why the propellant plant was established in the area originally. Substantial volumes of water are used for cooling in various stages of the process. Previously, the cooling water, which heats up in the process, was released back into the water course.

“Closing the water cycle means in practice that the same water circulates in the cooling system, with no need to take new water from the lake. The cooling water is cooled between the stages and the heat is recovered. Over time, the lake water level is expected to rise closer to its previous level,” says Adven’s Account Manager Jari Ojala.

At Nammo Vihtavuori, heat is recovered and processed to be used in the area’s heat network, whereas before it used to go to waste. The amount of heat recovered corresponds to the energy consumption of 250 single-family homes.

“When selecting a partner, the fact that Adven provides the whole package as a service was also an important consideration. They maintain the equipment without any involvement from us. It was important for us that we did not have to finance the investment; instead, Adven makes the investment and we sign a long-term agreement with them,” Heikkilä explains.

Goal: cut water consumption in half

After the measures carried out in 2016, a promising rise was observed in lake Siikajärvi’s water level, but the favourable development was dampened by a record-dry summer 2018.

“Over the next few years, we will see the impact of the savings measures. By summer 2018, the water level rose by more than 70 cm from its lowest level, to fall again after a record-dry summer. Of course, groundwater levels were at exceptionally low levels throughout central Finland. Our long-term goal is to raise the water level in the lake by about one metre from the 2015 level,” Heikkilä says.